The continued focus on reducing hospital-acquired conditions appears to paying off. The Agency for Healthcare Research and Quality recently reported that reductions in HACs prevented 20,500 deaths and saved $7.7 billion from 2014 to 2017. The CMS wants HACs to drop by 20% from 2014 to 2019. Hitting that mark would result in 53,000 fewer deaths and save $19.1 billion in hospital costs. A study last summer, however, in the journal Infection Control & Hospital Epidemiology, suggested that some hospitals are coding such conditions as central line-associated bloodstream infections and catheter-associated urinary tract infections as being present on admission. 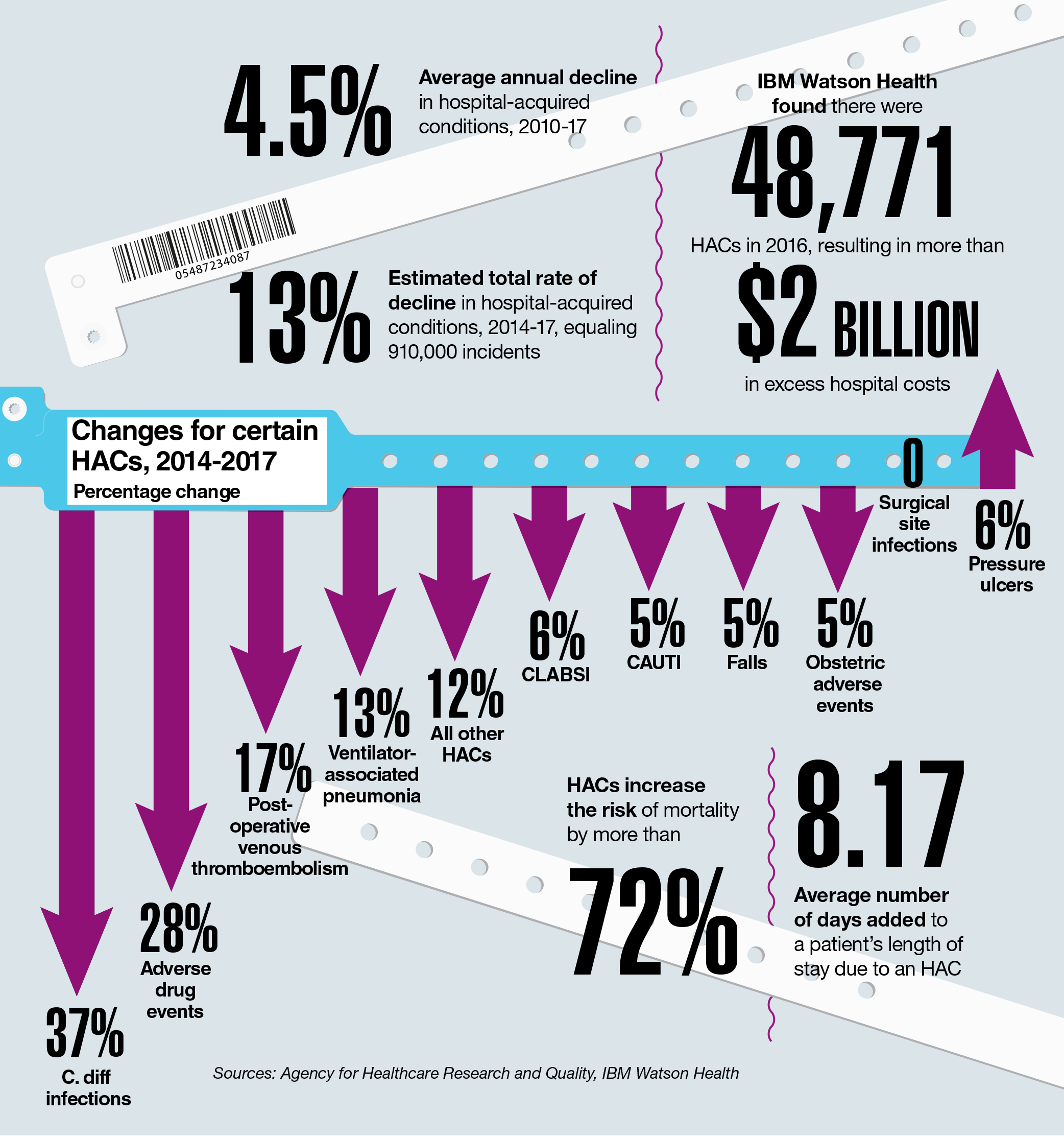