Skip to main content
Sponsored Content Provided By Centivo
This content was created by and paid for by an advertiser. The Crain's editorial department was not involved in the creation of this content.
August 20, 2020 05:28 PM

Webinar: Direct contracting with employers — How to form a successful partnership

Direct contracting with employers is gaining steam as a strategy to increase market share and provide a better product. But how do you know what employers are looking for? During this session, we will share the key things that employers look for in a provider partner, as well as steps to cultivating a successful partnership.

Attendees will gain an understanding for the following: Ashok founded Centivo in 2017 after observing the inefficiency in the healthcare system and the pain that has resulted for employers and employees.

Prior to Centivo, Ashok co-founded Liazon, operator of the nation’s industry-leading private benefits exchange for active employees. Liazon was acquired by Willis Towers Watson in 2013, and after the acquisition, Ashok served as Managing Director for Willis Towers Watson’s Group Exchange business. Prior to Liazon, Ashok was an Associate Principal at McKinsey and Co., where he served as a leader in the firm’s healthcare and private equity practices.

In addition to his role at Centivo, Ashok serves as an independent Board director at Artemis Health as well as a senior advisor to Silversmith Capital, a growth equity firm. Dr. Wayne Jenkins is the Chief Medical Officer at Centivo.

He is an accomplished physician and executive with a proven track record of patient-centered, revenue-driven results. Over the course of his career, he’s consistently transformed large, complex healthcare systems into market leaders that deliver quality and value in a dynamically changing environment.

Prior to Centivo, he was the Chief Clinical Officer for Population Health at Vanderbilt University Medical Center, where he provided clinical oversight of value-based care delivery and completed the formation of Medicare Accountable Care Organizations (ACOs). Before his time at Vanderbilt University Medical Center, he served as the Senior Vice President and Chief Strategy Officer of Orlando Health, as well as President of Orlando Health Physician Partners. Previously, Wayne was the chief of radiation oncology and then subsequently the medical director for the Florida affiliate of M.D. Anderson Cancer Center, a subsidiary of Orlando Health, Inc.

Wayne holds a BA from the University of Tennessee, an MD from Vanderbilt University School of Medicine, and a Master’s of Health Policy and Administration from Johns Hopkins University. He is board-certified in radiation oncology and was recognized in Best Doctors in America annually from 1994 to 2015. He’s published 18 scientific articles and is often sought out to speak at state and national conferences. 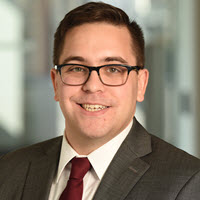 Adam Rubenfire is Modern Healthcare's Custom Content Strategist. He is responsible for the development of webinars, white papers and other engaging content for marketers looking to target the healthcare industry. Prior to his current role, he served as Modern Healthcare's supply chain reporter. His work has also appeared in the Wall Street Journal, Automotive News and Crain's Detroit Business.

The complete Webinar FAQ is at http://www.modernhealthcare.com/webinarFAQ.

When the webinar begins, click here and enter the e-mail you used to register for the event.

If you have difficulty logging into the webinar, can't hear the webinar or other technical questions, please call GoToWebinar's technical support line at 1-800-263-6317. If you are unable to view the webinar, you can still listen via the GoToWebinar phone number in your registration email.